Concealed carry guns are probably the best selling guns in the gun industry today. I have to admit I do get pretty excited when a company releases a new small concealed carry gun that holds more rounds than the competition, has a great aesthetic, is optics compatible, and has more bells and whistles than I can even think of. These guns are exciting and innovative and as a result, people get really excited about these. I’d say guns are the most appealing part of the concealed carry world and along with that the holsters are too. That leaves ammo to bring up the tail end as the least exciting part of the whole formula but, it shouldn’t be. The truth is we need to choose our ammo with as much care, if not more care, as we do our guns and holsters.

As part of our everyday carry, we need to be very concerned about the ammunition that’s in our guns. When it comes to stopping a threat we need something that has been manufactured with consistent quality and has a high lethality. The less shots we can fire to stop a threat the better. The truth is we need to choose our ammo with as much care, if not more care, as we do our guns and holsters. After all if you don’t have ammo your gun is just a paperweight.

What Not To Carry

So, what type of ammo should we carry? Let’s start with what we should, under no circumstances, have in our everyday carry and that is full metal jacket rounds. It doesn’t really matter who the manufacturer is or how reputable they are; FMJ rounds are for practice only. These rounds are not produced with as much care as defense rounds. The projectile of the round is not as lethal which makes it not a smart choice for carrying and on top of that the powder loads will be less consistent too. We need to reserve FMJ rounds for our range practice sessions only. For everyday carry, we need to have quality defense rounds in our guns. We asked Chief Instructor Grant LaVelle to lay out his top three choices for everyday carry.

The first on his list is  Speer Gold Dot. Years ago Speer Gold Dot is what Grant used on the SWAT team. It was selected by the police department because of the way it performed in the FBI ballistics tests. This is the round Grant chose first because he has the longest track record of using it. 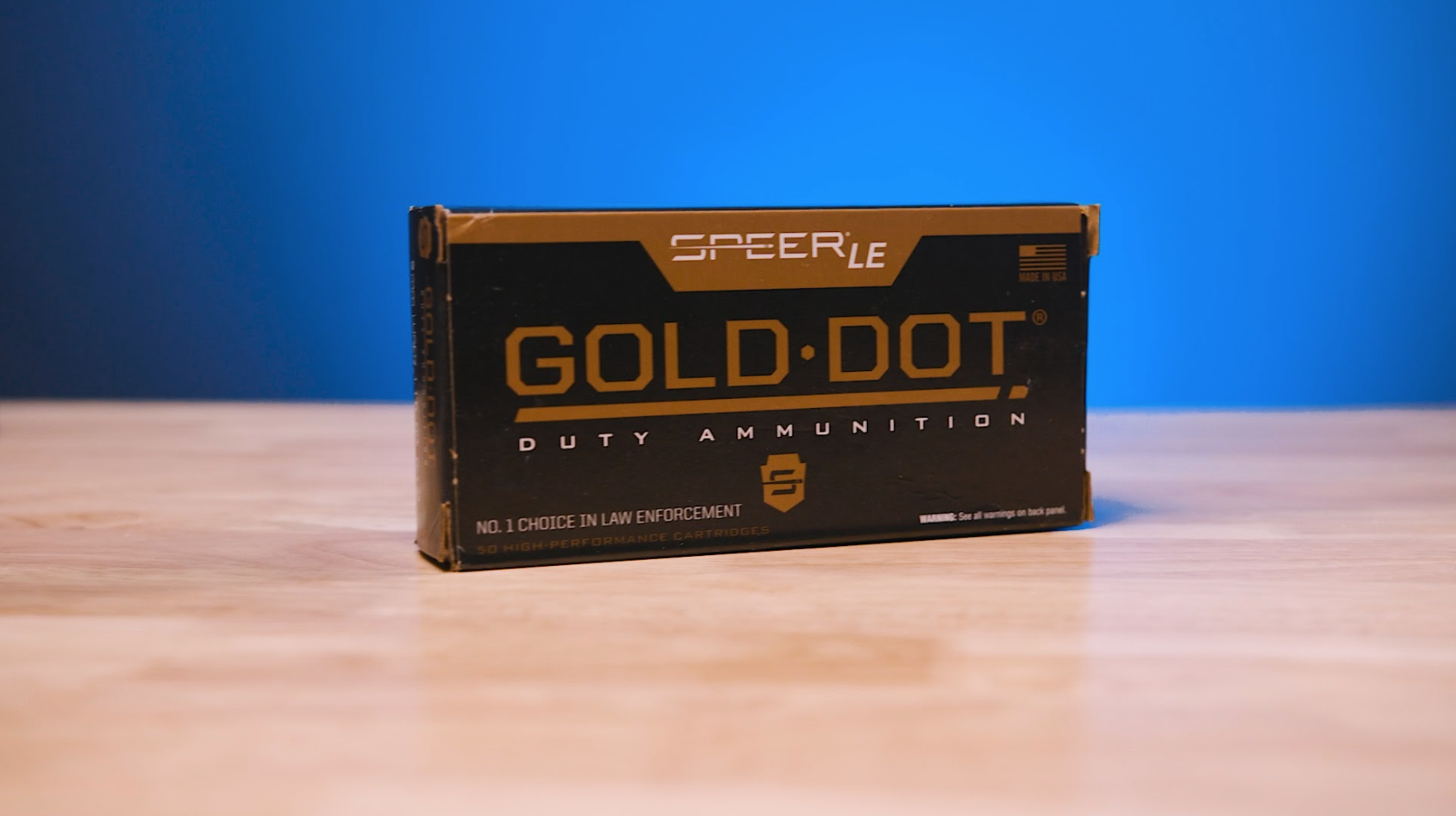 The second round Grant selected was  Federal HST defense rounds. These rounds have also tested high in the FBI ballistics tests and have performed well in Grant’s own tests as well. The Federal HST ammo is actually Grant’s choice for his everyday carry and he highly recommends it.

The third round is one he has limited experience with but according to his research is a good option.  Hornady Critical Duty is around that has a great reputation and is chosen by many. It has a distinguished look that's easy to pick out. The red filling in the hollowpoint of the Critical Duty is designed to allow smoother feeds and a more consistent expansion on the target. 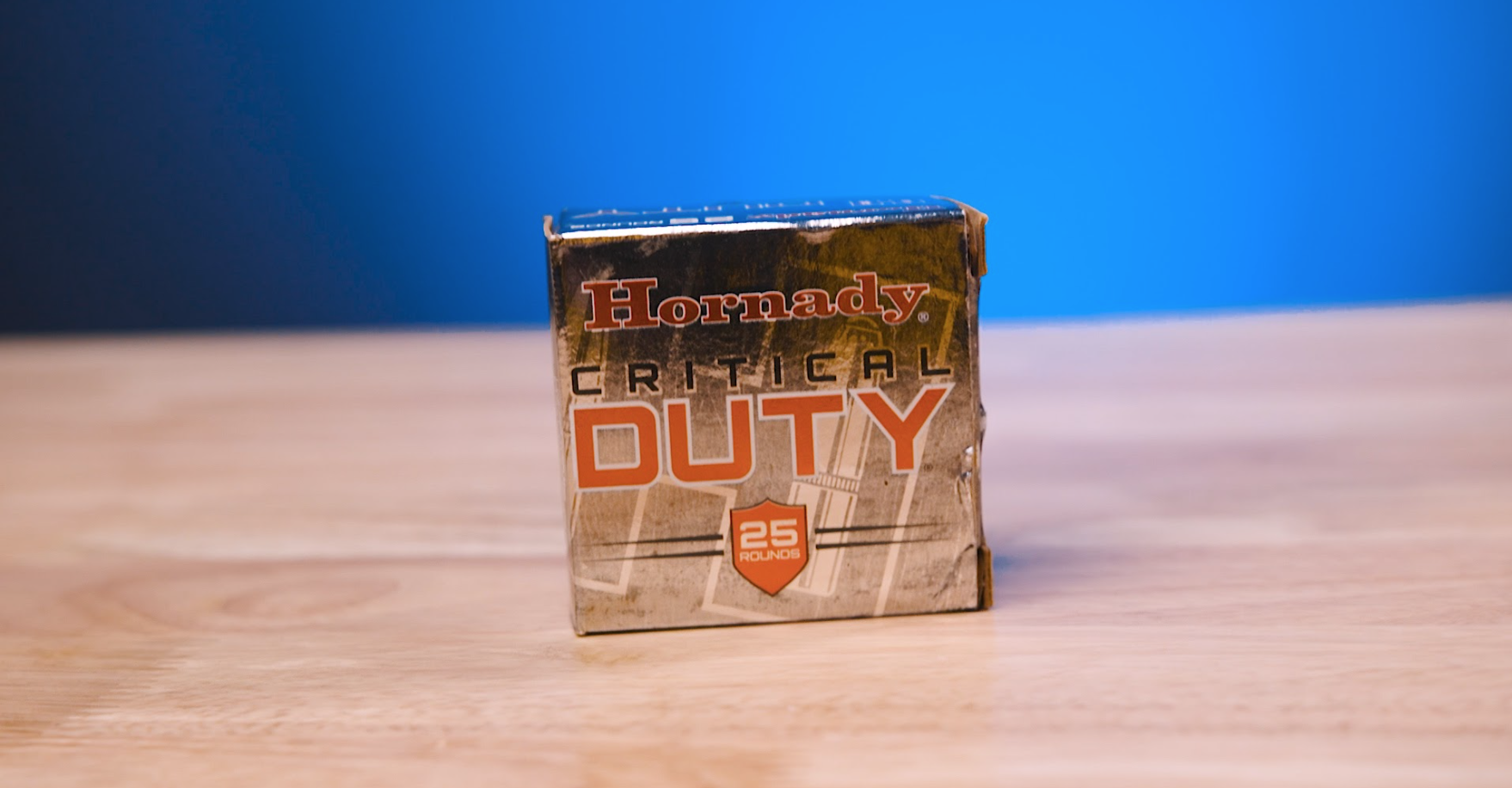 All in all, make sure you’re not carrying full metal jacket rounds and if you are looking for some well-proven self-defense ammo go check out either the Speer Gold Dot, Federal HST, or the Hornady Critical Duty rounds.