Tulster's story began in a two-car garage. Founder Justin Courtney purchased a Sig P938 for everyday carry and found the included holster lacking. So, he decided to do something about it. Armed with a notion to build his own improved holster –- using standard tools and a few sheets of Kydex — he created the first Tulster holster. It was a total failure. Little did he know that this first attempt at greatness would eventually pave the way for Tulster's original holster, the Profile. 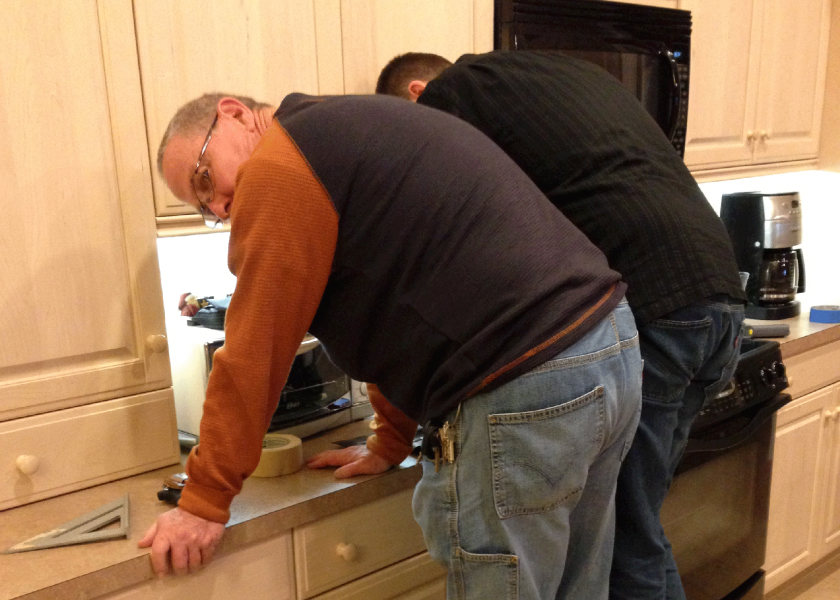 Justin displayed a drive for innovation from a young age. He started concealed carrying in 2004 but has had a passion for firearms from the moment his hands could grip one. After meeting his wife Sharon in 2003, Justin moved to Oklahoma the following year. He would become acquainted with her family, including her brother, Richard Hobbs, father Nathan, and mother, Doris. Richard and Justin began working together at an alarm company, and found that they shared business aspirations: To create an enjoyable workplace where employees felt valued. They achieved this in 2008 and co-founded their own alarm business as an offshoot of Nathan's security guard company. 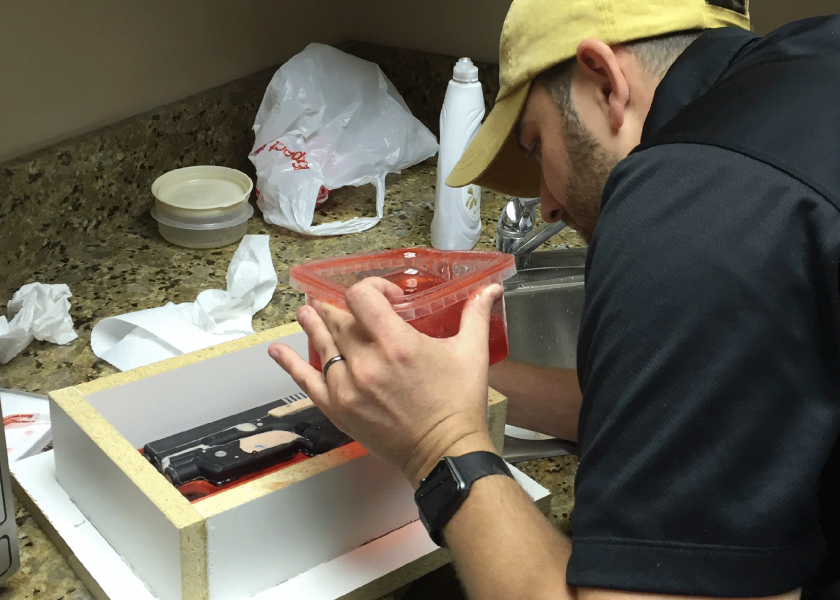 While running their business full-time, Justin began experimenting with holster manufacturing. The same drive for innovation and entrepreneurship fueling his previous endeavors led him to develop and refine processes that allowed him to produce holsters more efficiently. Meanwhile, Richard and Justin continued their full-time work running the alarm company. They worked days and nights, on-call into the deepest hours of the night. Despite the rigorous schedule, Justin continued innovating and producing holsters for more and more people. As he made holsters for friends, family, pastors, neighbors, and police officers, the demand grew. This early success led Justin to seek a new platform: social media. Justin combined his home city (Tulsa) and the word holster, and bang! Tulster was born. 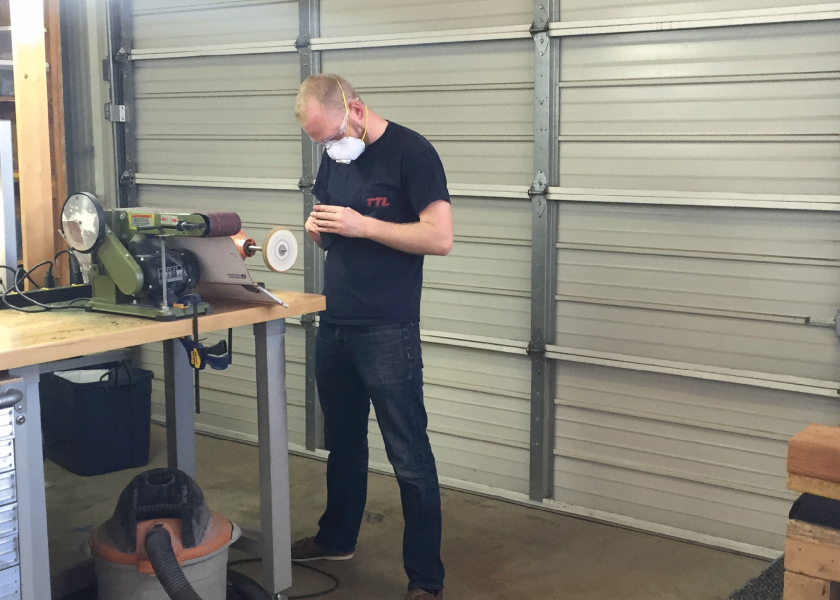 In 2015, the decision was made to sell the alarm company and pivot into working on Tulster full time. It was then that Richard joined Tulster with the intention of taking on everything Justin was unable to achieve alone. Together, using their shared aspirations and contrasting strengths, the two continued to innovate and improve in every way they knew how.

Through trial and error, lessons learned, and more sheets of Kydex than you can shake a stick at, their dream slowly became a reality. Through the grace of God, Justin's hobby became a renowned brand of concealed-carry products trusted by gun enthusiasts and novices worldwide. Today, Justin and Richard continue to proudly design and build Tulster products right here in the USA (Jenks, Oklahoma) for folks who appreciate premium products designed to stand up to any challenge. People just like you. 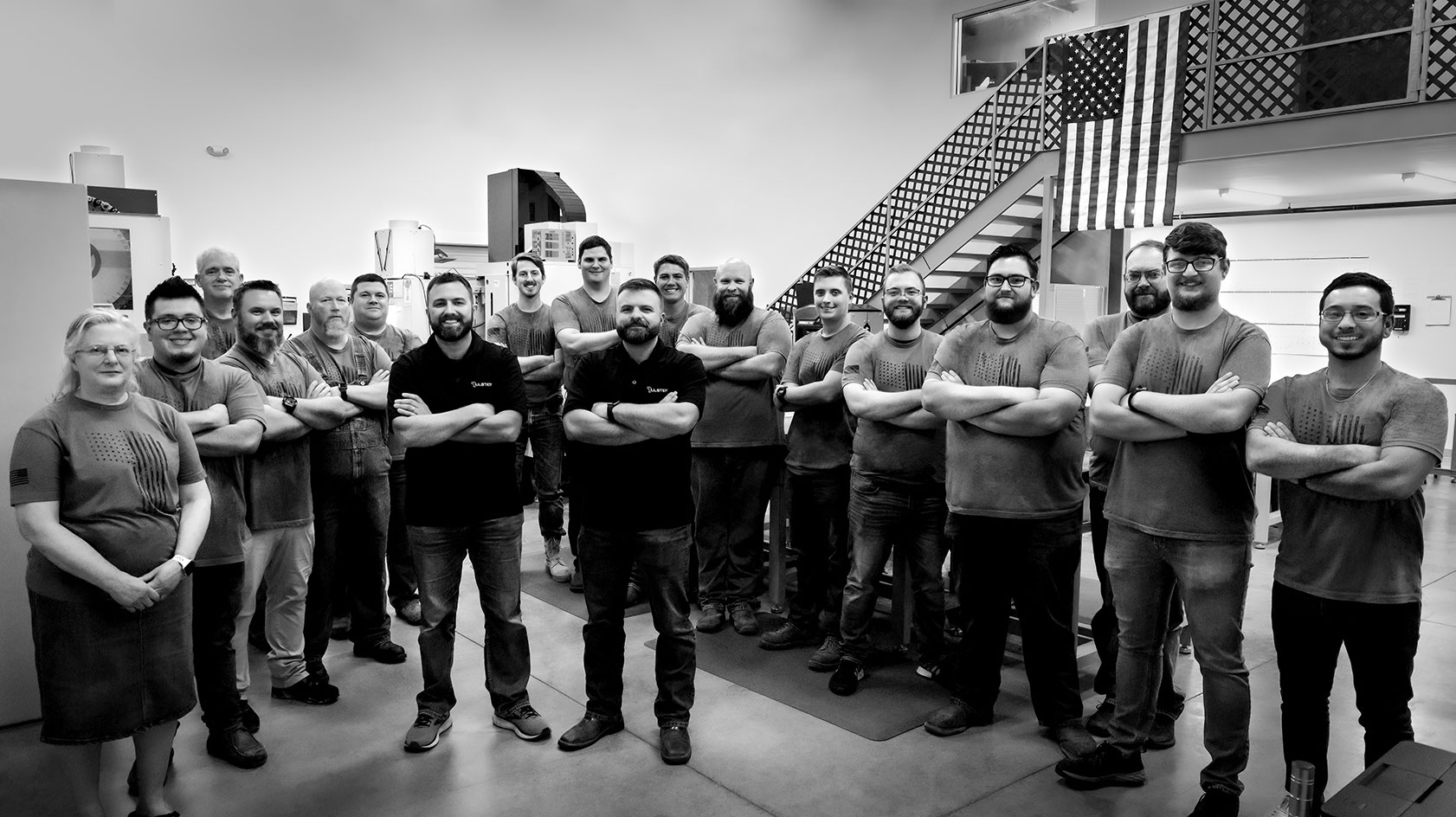 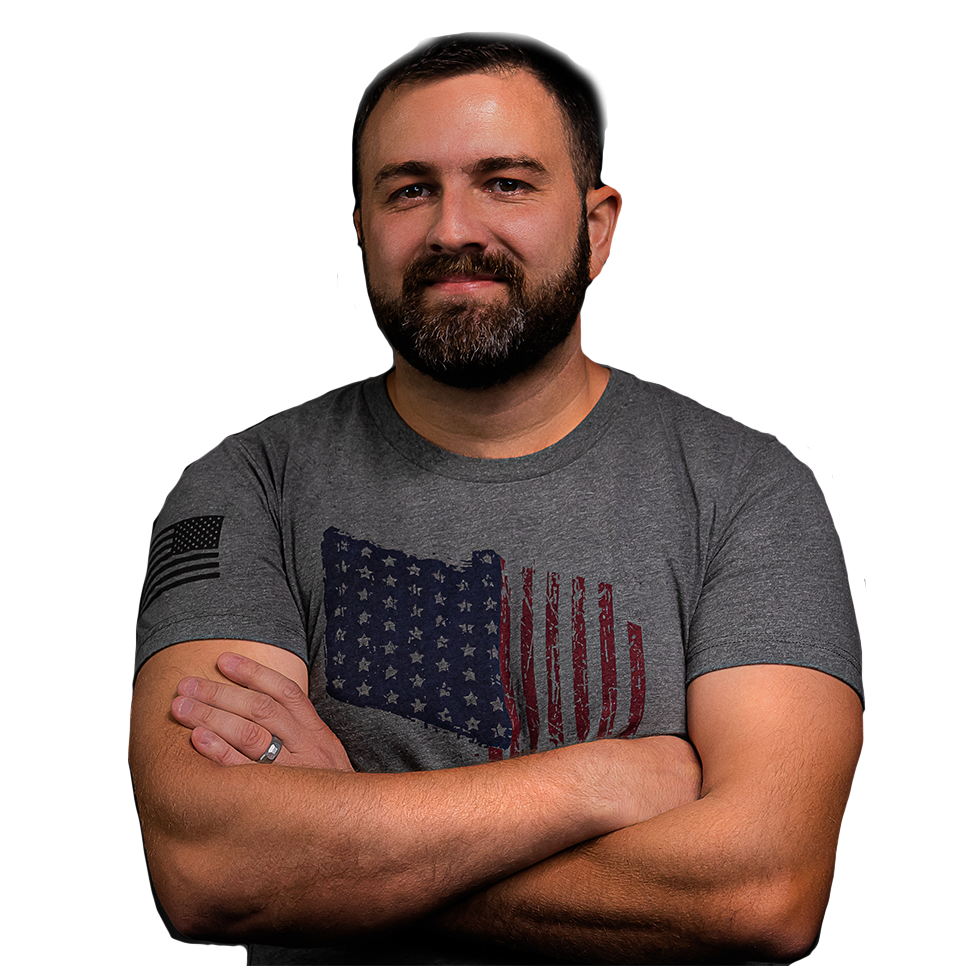 Justin was raised in Alaska with three brothers, who all had a love for hunting, shooting, fishing, and everything outdoors. Justin, as a child, worked alongside his father, fixing cars and building their log home, and later worked for his father remodeling homes. He met his wife Sharon in 2003 and moved to Oklahoma shortly after. With his knack for entrepreneurship and technical skills, he pushed to open an alarm business with his brother-in-law Richard Hobbs in 2008. Justin began training at U.S.S.A in the summer of 2012 and soon after started to experiment with holster manufacturing. In August of 2013, he set up a side hustle in a 2 car garage and started working on the final designs of Tulster's flagship product: the Profile Holster.

Since then, Tulster has grown into a full-fledged force in the holster industry. He has two children — Brayden and Aliya — and besides spending time with his family, he enjoys shooting and hunting, but most of all, learning. The core values he holds close are faith, family, honesty, and humility. Justin has remained humble in the success of Tulster and knows that ultimately, it has been through the grace of God. 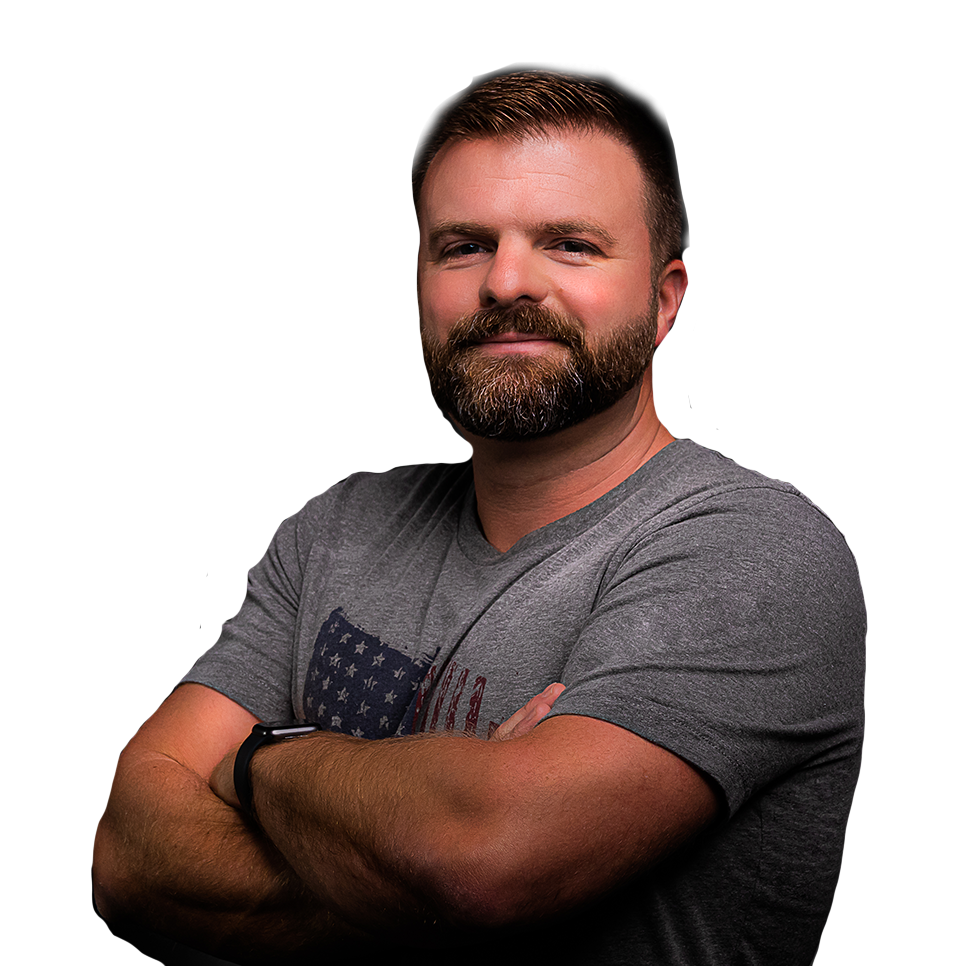 At an early age in Duncan, Oklahoma, Richard learned the value of hard work from his father Nathan Hobbs. A police officer and the owner of a local security guard company, Nathan worked tirelessly to provide for his wife Doris and their two children. With this background, Richard was instilled with great respect for Law Enforcement. Before Richard was 16, he already had his own lawn business and was quickly working three jobs, one of which involved him designing websites for local Duncan-Lawton businesses, schools, and churches. In 2002, he moved to Tulsa and soon after started working at an alarm business, where he and Justin Courtney would first work together. In 2008, Justin and Richard co-founded their own alarm business as an offshoot of the security company, and in 2015 Richard began helping Justin with the admin side of Tulster.

Richard married his wife Sarah in 2003, and they now have two children: Abbie and Landon. He holds his faith and family above all, stresses the importance of showing grace, values integrity, and strives for excellence in everything. Outside of work, he enjoys CrossFit, the outdoors, and hunting with his children. 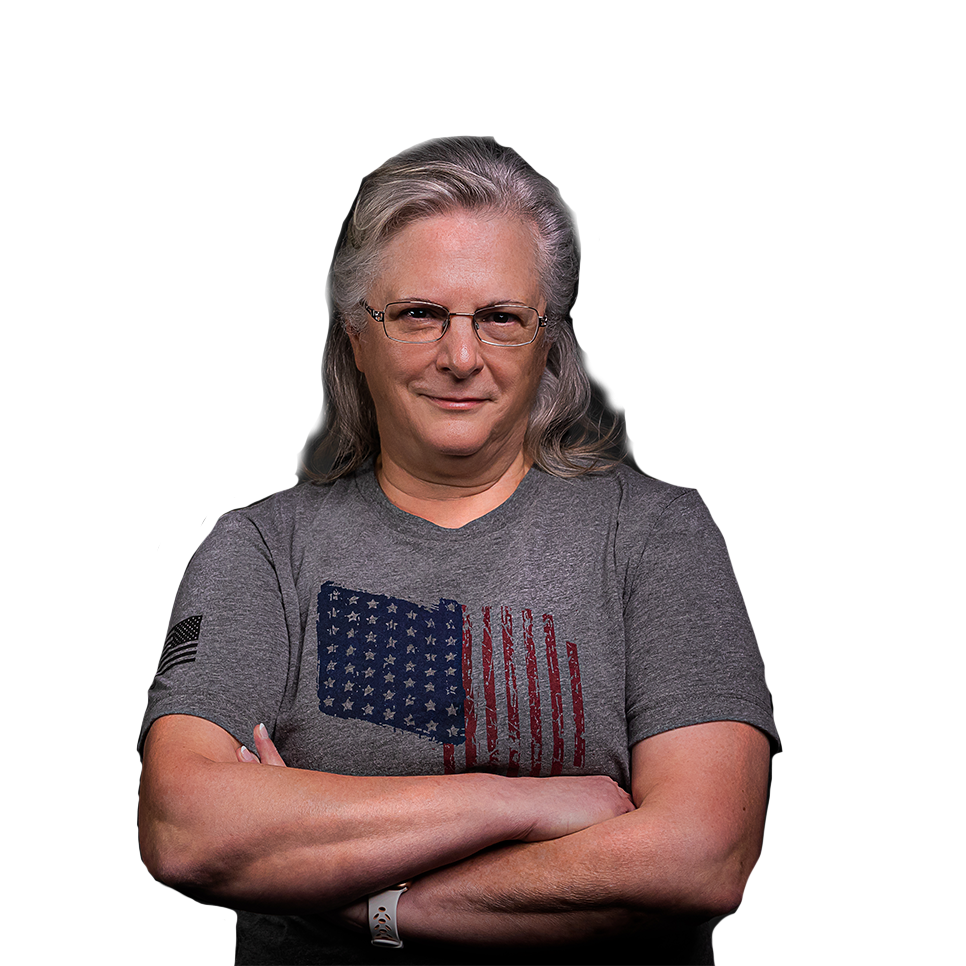 Doris grew up on a family farm in Pennsylvania, learning the value of hard work at an early age. After teaching at a private church school in Duncan, OK, she found her passion working in the accounting and clerical field. Doris has been a part of the family business for the past 42 years and says working with the management at Tulster since its inception has been rewarding. “Some may think it could be difficult working with your son and son-in-law; however, it has been truly enjoyable. I love what I do and love working with family.” When not working, she enjoys reading and spending time with her grandkids. 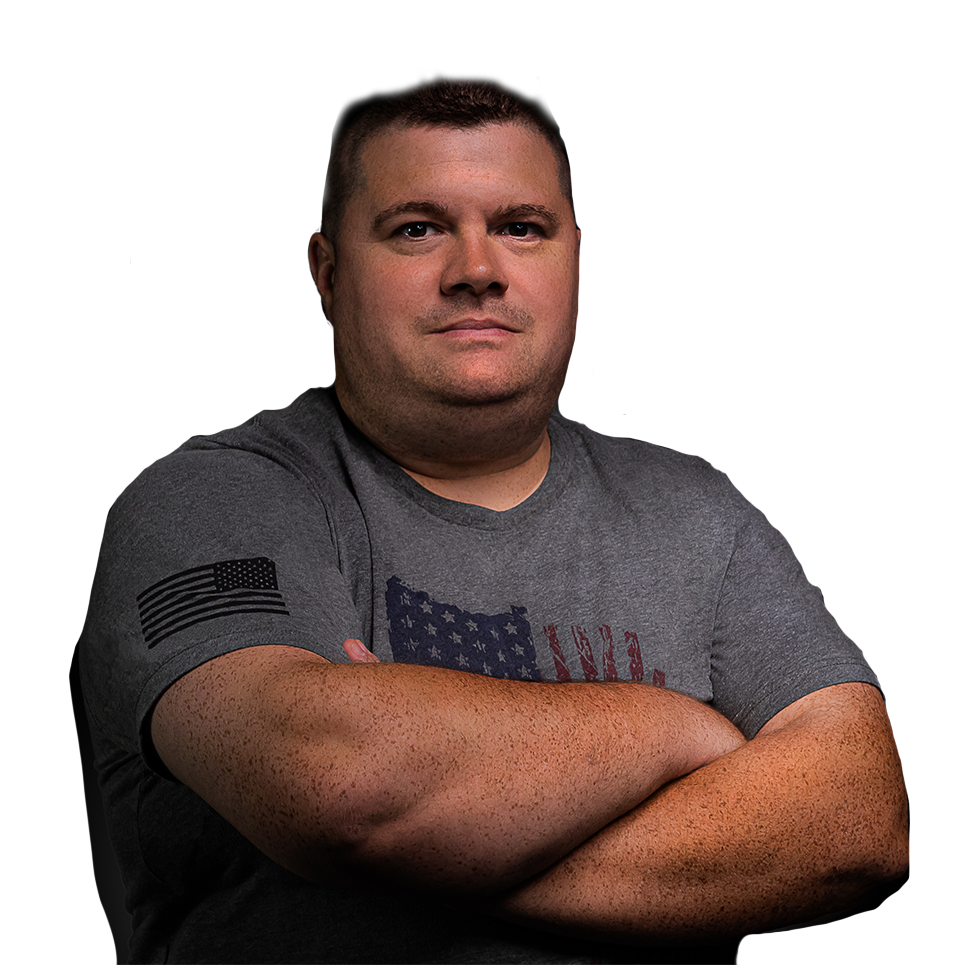 Conrad was born in Sumneytown, PA in 1985. He spent 14 years working in EMS as a Paramedic. During that time, Conrad launched Strongside Holsters, a kydex holster company, which morphed into Echo Delta Charlie and became a holster mold design and CNC shop. Tulster became one of the first clients of Echo Delta Charlie, after several years of working with Justin and Richard as a contractor, Conrad moved to Oklahoma in order to work for Tulster in 2019. He is married to his wonderful wife Rachel and has two daughters: Sophia and Hannah. Conrad enjoys good conversation, discussing theology, philosophy, and reading. 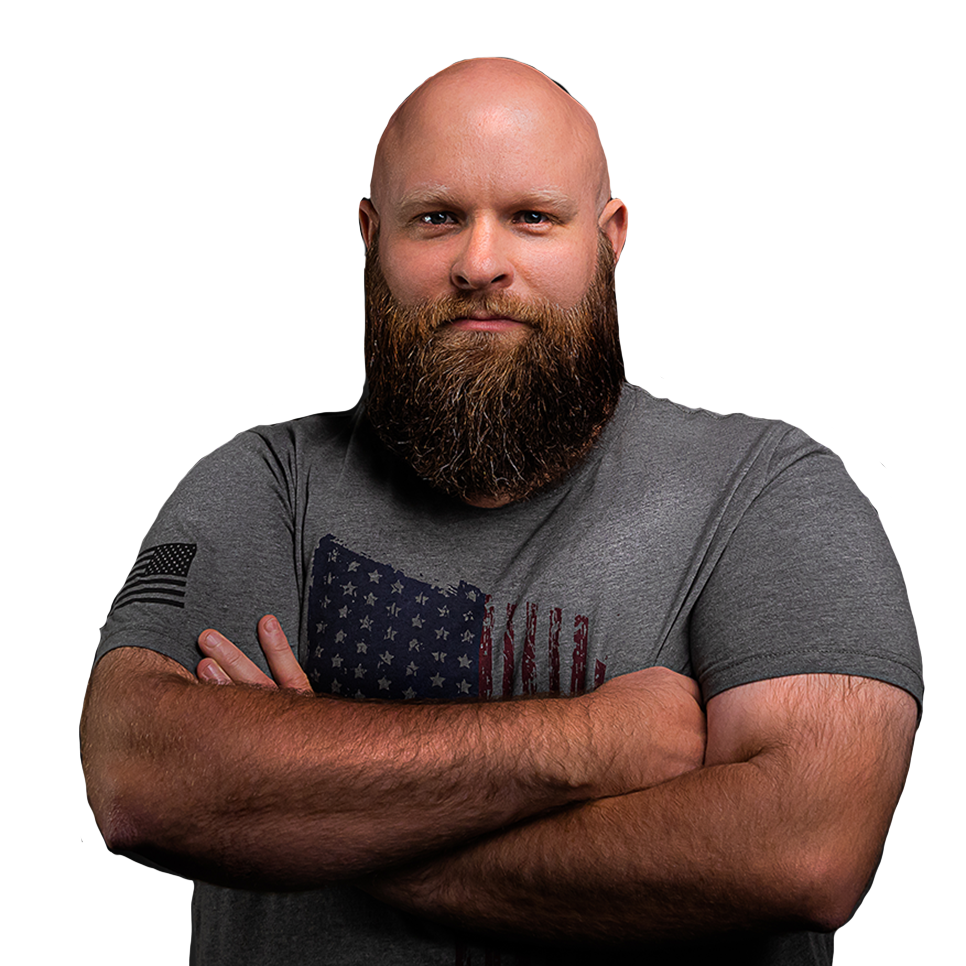 Jason was born and raised in Oklahoma, and as the middle child of two brothers, there was never a dull moment. He now has two boys of his own and has been married for ten years. Professionally, Jason has been in various positions of management for two decades and is passionate about leading people. Tulster has been the perfect match, where Jason has enjoyed his time leading, and creating efficient processes for thriving workplace culture. His hard work, dedication, and love for people show in how he leads. Jason enjoys spending time with his family, at church, in the outdoors, and restoring old rifles. 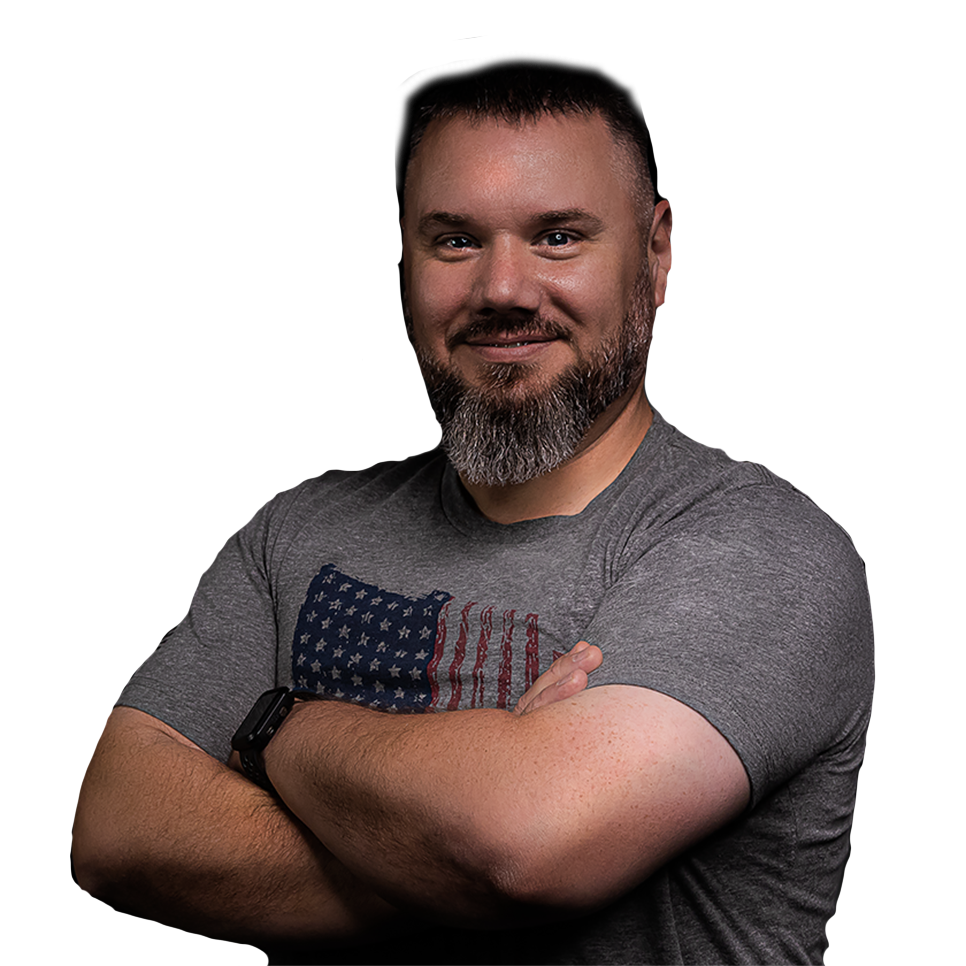 Meet Travis Keeling, the Warehouse Team Lead at Tulster. Travis began his career in the trucking industry where he worked in a variety of roles in the warehouse, fleet sales, and as a parts manager. With these experiences under his belt, he brings outstanding customer service, organizational, and leadership skills to his role at Tulster. When asked what attracted him to joining the Tulster family, Travis said “The culture and values of the company align with my personal values. We really are a family and the owners take care of their employees, unlike any other company I have worked for.” Travis and his wife have one son, and they are active in their church serving in the children’s ministry. Travis brings his organizational skills and eye for detail to his free time and manages many hunting projects at any given time and even sews his own outdoor gear. 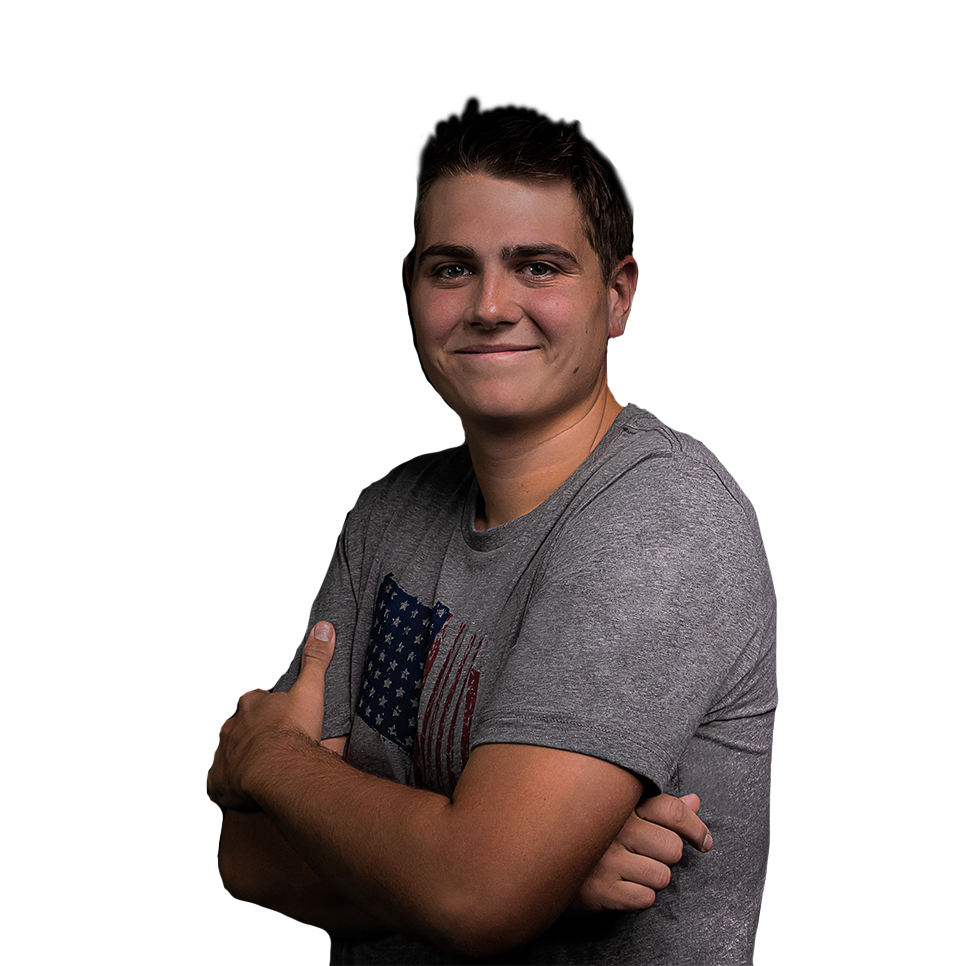 Jacob Coltrane is the acting Team Lead on the Production Team at Tulster. As a life-long, avid outdoorsman, Jacob brings a wealth of practical experience and insight to his role. His hands-on perspective on holsters in the field makes him a vital member of the team. His love for firearms is not all he has in common with Tulster. “I was drawn to this company because of what they stand for and how they treat each member of the team” says Jacob. “I was raised in a Christian home and those same values are in the environment and leadership at Tulster.” When Jacob isn’t doing incredible work with the Tulster team, you will find him outdoors hunting or fishing. Jacob is recently engaged and will be married in the Spring of 2023. 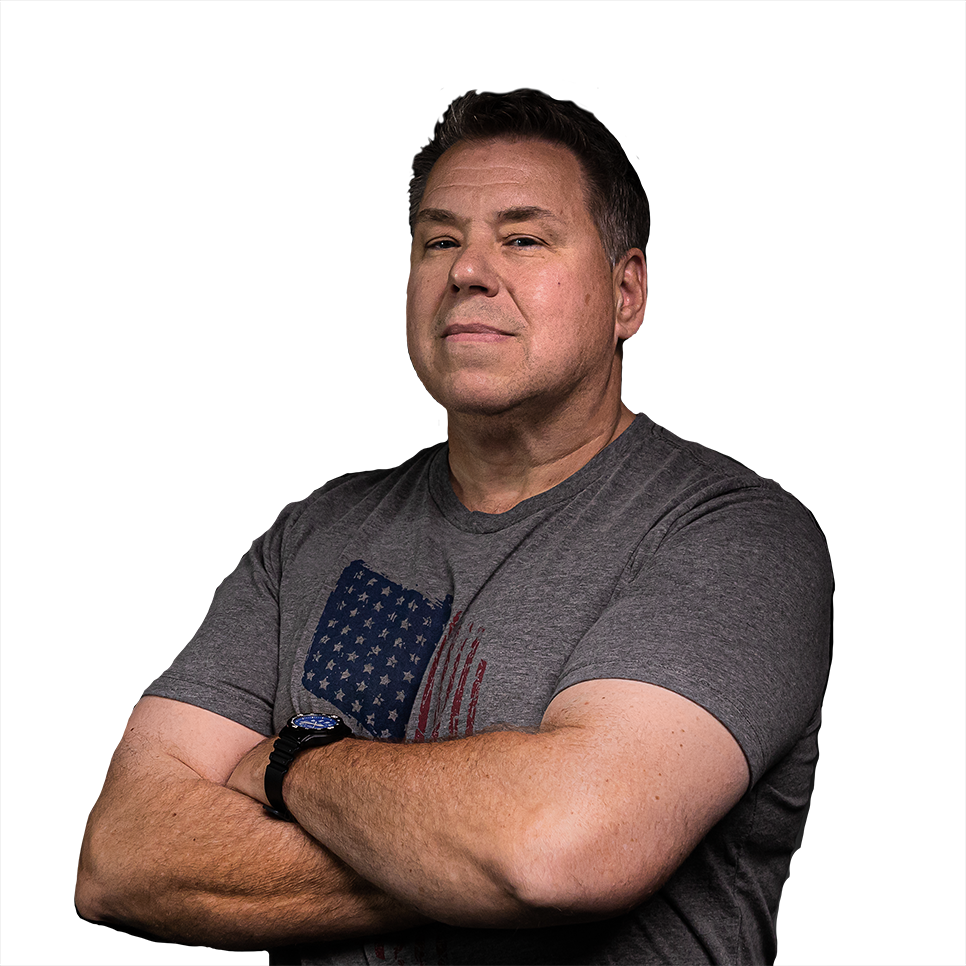 With over 40 years of industry experience, Michael Fortune is an invaluable member of the Tulster family. Starting his career in Law Enforcement and then eventually in sales, service, and training in firearms, Michael has what it takes to be the National Sales Manager for Tulster. He says he was drawn to Tulster because of the quality, innovation, and consistency in the products, all qualities he has a great appreciation for as a Master Class competitive shooter. “My favorite part of working at Tulster is the family atmosphere…an atmosphere that exhibits integrity, faith, and values,” says Michael. When he isn’t at Tulster, he stays close to his love for firearms by taking part in competitive shooting sports as well as teaching and training in the use of firearms. Michael enjoys spending time with his family and riding motorcycles.

Made
in the USA